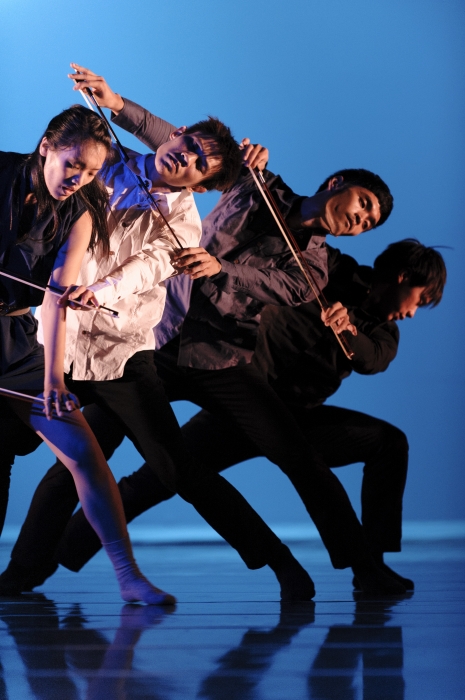 As a relatively young dance group in Taiwan, Chang Dance Theater carries the mission of promoting dance and making performing arts more readily available across Taiwan. The four brothers have each taken the role of leader, artist director, choreographer, and dancer, jointly producing prize-winning pieces and bringing their performances overseas to places such as France and Spain.

The Chang brothers, who vowed to make dancing their future career when they were in high school, all became dance majors at the Taipei National University of the Arts. Sharing the same vocation, they founded the dance troupe and premiered their first production ― "Trigger (開弓)” ― in Taipei in 2012.

With the aim to provide multi-dimensional performances, the troupe has developed diverse productions including "Fabrication (魔弓),” "Brothers (堅),” and "Beat (心動),” in which they collaborated with various artists to explore different concepts and presentations.

In 2013, Chang Dance Theater made its first appearance in France by joining a dance competition in Paris, and its outstanding performance earned the troupe an opportunity to perform at Theatre de la Ville. Marking the first time a Taiwanese contemporary dance troupe performed at the noted theater, it staged "Three for One (三種個性),” "Vaulting (三種思維),” and "Compose (三兄弟)” in five performances.

In the following year, the troupe was selected to join the 2014 OFF Festival d'Avignon in France with three other Taiwanese groups, bringing "Fabrication,” a work in which the Chang brothers combined magic show elements with body movements, to present a harmonious and magical performance.

After receiving positive reviews at the OFF Festival d'Avignon, the troupe was invited to perform in Madrid that same year. In 2016, the troupe made its fourth appearance in France by staging "Fabrication" at the Rencontres Essonne Danse, an international dance festival featuring 23 dance troupes from across the world.

Apart from producing new pieces and holding performances, the troupe has also held numerous forums at Taiwanese schools to promote performing arts and cultivate young artists. In the future, the Chang brothers hope to offer free performances and training sessions to spread appreciation and joy of the art of dance.

Chang Dance Theatre made its Edinburgh Fringe debut in August 2018 with the well-received "Bon 4 Bon," and will return in August 2019 with "Bout."