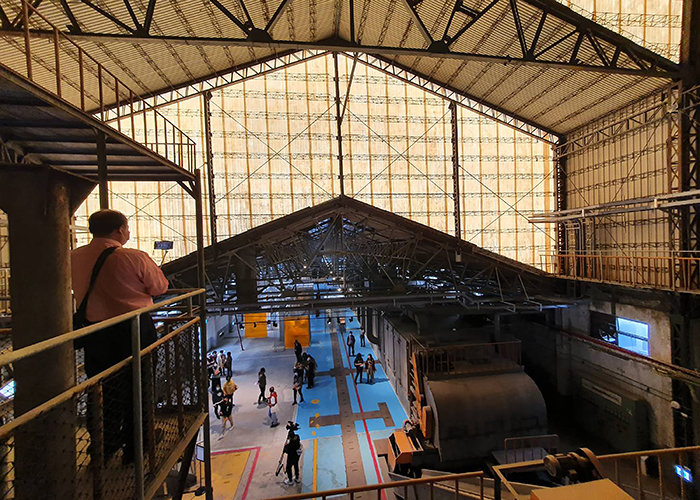 Chinese Name: 屏菸1936文化基地
Time of Establishment: 1936
Location: Pingtung County, Taiwan
Did You Know…?
The Pingtung 1936 Tobacco Culture Base, formerly the Pingtung Tobacco Factory, has borne witness to the glorious industrial history of Pingtung. The factory was closed in 2002 and registered as a historical building in 2017. Under the Pingtung County Museums Project, the factory was reborn in 2021 as the Pingtung 1936 Tobacco Culture Base, becoming a new landmark rich with local memories and both cultural and historical significance.

Previously, the Pingtung 1936 Tobacco Culture Base was the Pingtung Tobacco Factory. Established in 1936 as the Pingtung Branch Tobacco Re-drying Plant, it was responsible for providing technical guidance regarding the cultivation, procurement, and processing/storage of tobacco in Pingtung during the Japanese rule of Taiwan. After the Nationalist Government decamped to Taiwan in 1949, the plant became the Taiwan Tobacco and Wine Monopoly Bureau Pingtung Tobacco Processing Plant, responsible for the tobacco planting area. Tobacco farming in Pingtung at the time surpassed not only that of the Chiayi and Hualien areas, but even Taichung in terms of growth. In 1953 the Pingtung Tobacco Processing Plant was officially subsumed into Bureau’s Cigarette Department and renamed the Taiwan Tobacco and Wine Monopoly Bureau Pingtung Tobacco Factory. In December 1965, the Cigarette Department was abolished and the tobacco factory resumed its main work of drying and processing tobacco leaves. With the construction of additional plants each year in response to growing demand, the factory ultimately covered an area of some 4.2 hectares, truly coming to physically demonstrate how Pingtung was, at the time, a leader in rice, sugar, and tobacco production. Later, with the monopoly on tobacco and liquor eliminated, an anti-smoking policy instituted, and the opening up of the market to competition from foreign tobacco products, domestic tobacco production began to see a continual decline. In October 2002, the Pingtung Tobacco Factory ceased operations, and its administrative operations were transferred to the Neipu Tobacco Factory.

In the 20 years since the plant’s closure, the Pingtung County Government has conducted an in-depth review of its historical development, use of architectural space, and value as a cultural heritage asset. In 2010, the County Government registered the stem stripping processing area, re-curing processing area, boiler room, and Zhongshan Hall of the Pingtung Tobacco Factory as historical buildings listed for restoration and reuse. Later, out of consideration of its broader significance to industrial and cultural heritage, the entire factory complex was registered as a historical site in 2017.

With a consensus formed among the government, scholars from various fields, and the public, the Pingtung County Museums Project was born, using the tobacco factory, an icon of Pingtung’s industrial history, as a base for incubating culture through a variety of strategies, including telling the story of Pingtung through an industrial lens, depicting the soul of Pingtung through art, and creating the future of Pingtung through its children. Under this project, plans were established for the Pingtung Tobacco Museum, Pingtung Hakka Museum, Pingtung Indigenous Peoples Museum, Immersive Experience Museum, Pingtung Art Museum, and Pingtung County Archives. These museums together will make use of professional skills to preserve and promote local knowledge, as well as serve as a platform for the integration and interaction of art and cultural resources. Driven by a spirit of dynamism, openness, and sustainability, the museums will work with the people of Pingtung to pass on, interpret, and exhibit the charm of Pingtung’s culture, serving as a gateway for visitors from outside the area to get an insight into what makes Pingtung.

In 2021, after decades of bearing witness to Pingtung’s glorious industrial history, the former factory was reborn as the Pingtung 1936 Tobacco Culture Base, becoming a new landmark rich with local memories and both cultural and historical significance. The logo of the Culture Base is formed from a collection of triangles. After understanding the history of the park and feeling the atmosphere of the site, the designer worked to set the tone with four concepts: fields, sunlight, gathering, and connection. These were further built upon through the use of a color scheme built around warm dark gray, old-fashioned light gray, rusty gold, and budding green. The core design elements are based on the triangular steel frames of the factory buildings, each of the individual elements stacked up like memories and time while also creating a sense of something fresh, symbolizing the accumulation of a strong foundation and the gathering of people, along with the endless vitality and creativity that these create.

The Pingtung 1936 Tobacco Culture Base is planned to open in phases, with the first phase including the Tobacco Museum, Hakka Museum, Immersive Museum, special exhibition space, and commercial space. From there, a branded Pingtung County Museum will continue to be built and expanded upon through a diverse array of exhibitions and activities, thus building up local cultural self-confidence, deepening the relationship between locals and the land, and becoming a cultural vanguard for Pingtung County as it once again finds its place in the world.