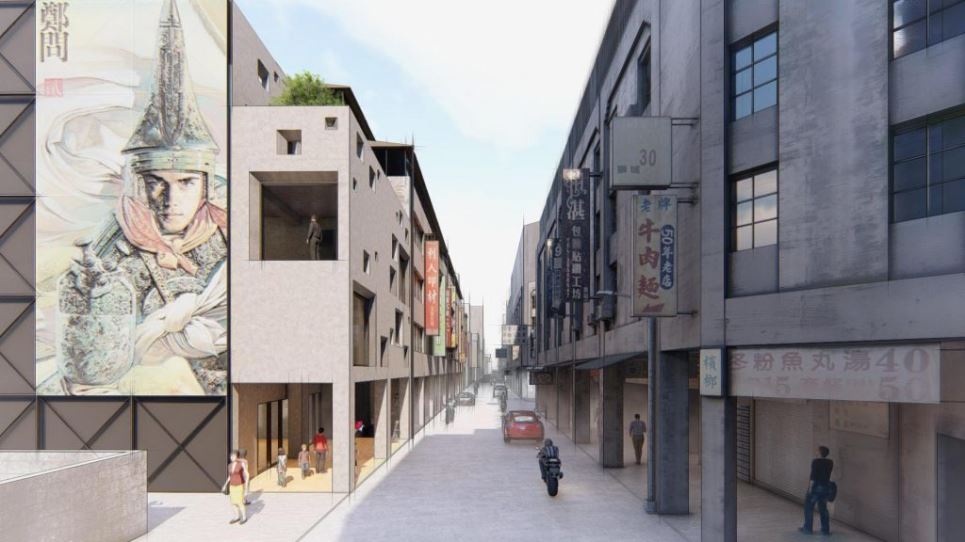 Located in Taipei's Datong District, the Taiwan Comic Base was renovated from an old building to serve as a foundational cornerstone for developing Taiwan's comics industry. The four-storey building is hailed as Taiwan's first-ever comics headquarters.

The five major functions of the Taiwan Comic Base are: to offer a window into the history of Taiwan’s comics industry; provide an exclusive place for artists to create, publish, and showcase comics; hold match-matching sessions for cross-sector financing; encourage the creation of original content such as music, screenplays, short films, and games through comic competitions; and provide a platform for exchanging ideas and experiences and stimulating creativity.

The base now displays and sells original Taiwan comic products on first floor, holds exhibitions and events on the second and third floors, and uses the fourth floor for comic artists to create new works, interact with peers, and cultivate assistants. The rooftop has also been converted into a garden for artists to rest and communicate.

The location of the base was selected because of its proximity to the popular comics and animation district near Q Square and Taipei City Mall. This immediacy will help develop Taiwan's comics industry as a whole as the base often hosts networking and business match-making events for the animation, comics, and games (ACG) sectors.

The base's website is also up and running at https://tcb.culture.tw. It endeavors to serve Taiwan's budding comic artists by collecting and posting information on local and global competitions, subsidies, and design opportunities that can help amateur artists establish a professional footing.

The base also hosts exhibitions highlighting different eras of Taiwan's comics history, ranging from classic comics embedded in people's shared memories to contemporary leading artists and laureates of the Golden Comic Awards, the nation’s highest honors for comic book creators. Forums and masterclasses are also held to promote discourse and secure the inheritance of Taiwanese-style comics.