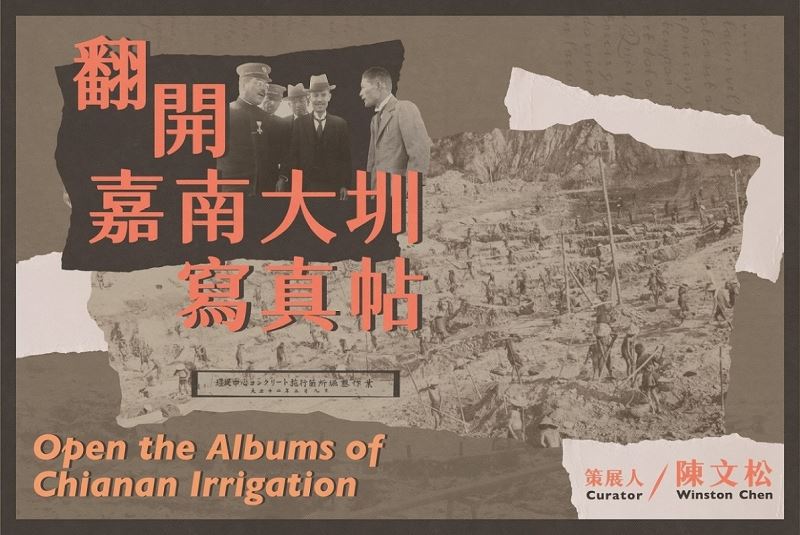 Over a hundred years ago, the construction project introduced the most advanced civil engineering technology and equipment at that time, and a lot of workers were involved. After the dam's completion, production in the Chianan plains increased greatly.

Curator Winston Chen (陳文松), professor of the Department of History at the National Cheng Kung University and his curatorial team selected 28 photographs from NCPI's collection of 331 photographs dating from 1922 to 1928. The exhibition is divided into six themes, allowing the audience to understand more about the construction process behind the Chianan Irrigation, which was hailed as the first mega irrigation project in Asia at the time.

In addition to the construction, the exhibition also features photographs of machines used from the time when steam was the main source of power. The photographs displayed online also show their participation in entertainment and festival activities, highlighting the warmer side of the workers' lives.