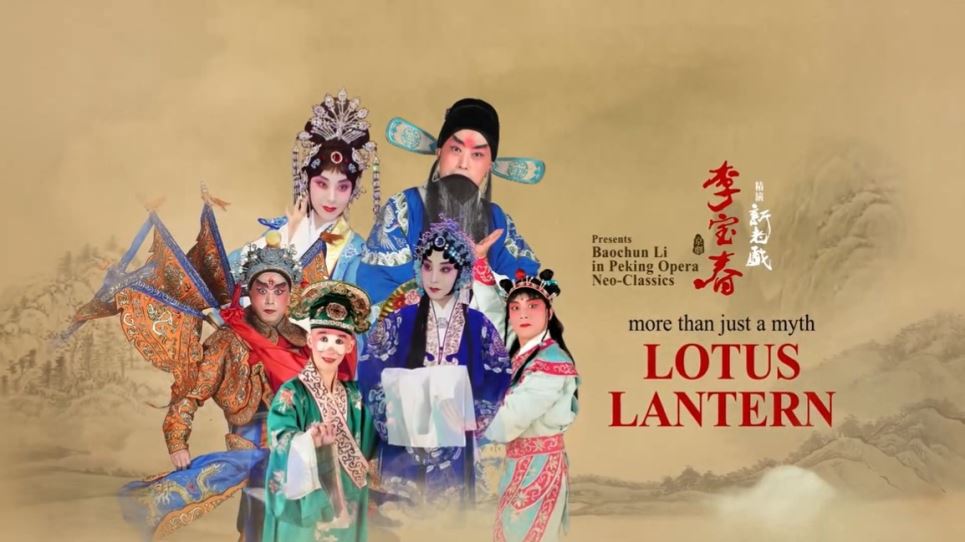 Co-organizing with the C.F. Koo Foundation (辜公亮文教基金會) and Taipei Performing Arts Center, the International Society for the Performing Arts (ISPA) was scheduled to hold its regional congress in Taipei for the first time this June. The regional congress was cancelled, however, because of the COVID-19 outbreak. Established in New York in 1947, ISPA is a global network of over 500 leaders in field of the performing arts from more than 185 cities around the world.

Due to the coronavirus disruption, many cultural events have been postponed or even cancelled. To provide Taiwan's performing arts groups with an opportunity to continue interacting with the world, the Ministry of Culture worked with the C.F. Koo Foundation to launch an online program called "TaiwanEYE," a showcase of pre-recorded excerpts of the designated performances, which was available on YouTube until Aug. 31.

Among these performances, "Lotus Lantern (寶蓮神燈)" is presented by the Taipei Li-yuan Peking Opera Theatre for fans worldwide to enjoy the compelling folklore. Via the internet and digital technology, international cultural exchanges can become more flourishing, highlighting the significance of performing arts.

Founded in 1997, Taipei Li-yuan Peking Opera Theatre is a privately-owned performing troupe. To promote the traditional opera and entice modern opera aficionados, the troupe's New Old Operas (新老戲) series, which are reinvented from traditional opera classics with contemporary elements, have been regularly performed at TaipeiEYE (臺北戲棚).

During domestic and overseas tours, the theater company has staged more than 20 theatrical productions, old-school and newly-created, receiving rapturous applause from the audience. The troupe has been nominated Best Ensemble Performance of the Year by the Golden Melody Awards for Traditional Arts and Music in 2014 and 2019.

Leader of the troupe Li Bao-chun (李寶春), who was born to a family with deep theatrical heritage in China, entered a theater school in Beijing at the age of 10. Following his father's steps, Li becomes an opera actor and specializes in playing the roles of "lao-sheng" (bearded man) and "wu-sheng" (combating hero). He started his performing career in Taiwan about 30 years ago, and has joined the C.F. Koo Foundation's promotion team for the Peking opera since 1990. Li is now a professor in the Department of Chinese Drama in Chinese Culture University.

All graduated from National Taiwan College of Performing Arts, members of the troupe have been professionally trained for eight years. Apart from acrobatics, singing, and gestures, performers have to learn martial arts as well as folk dance and to play musical instruments. These students joined Taipei Li-yuan Peking Opera Theatre after graduation and traveled around the world to give their performances. The 30-strong troupe continues to expand its operation, hoping to recruit a new generation of talents.