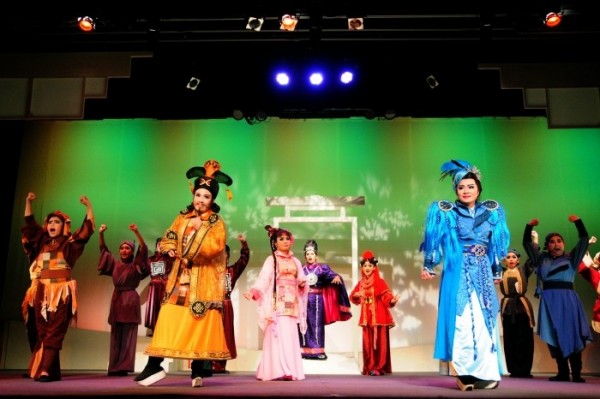 The troupe hopes to improve the image of Taiwanese opera by augmenting the vocal styles and dance steps of the traditional art form with the rhythm, direction, and choreography techniques of modern theater. Each member of the troupe is an accomplished performer of the traditional craft. The impresario himself, now in his sixties, is particularly noted for his lead role in "The Scrooge General.”

Yi-Shin Taiwanese Opera Troupe was the first traditional Taiwanese opera group to be invited to China's Fujian Province, where they first performed in 1993; they were also featured by the Taiwanese Opera Art Festival in 2004. Suen's singing and acrobatic performance have continuously received high praise from professionals in China.

The Yi-Shin troupe also participated in the 2010 Taipei International Flora Exposition, staging several astonishing traditional performances. They have been chosen by audiences as "The Most Intriguing Theatrical Group” and have won wide critical acclaim; one critic called them "an art troupe that is led by a highly sophisticated directing-style … with the greatest theatrical effect.”