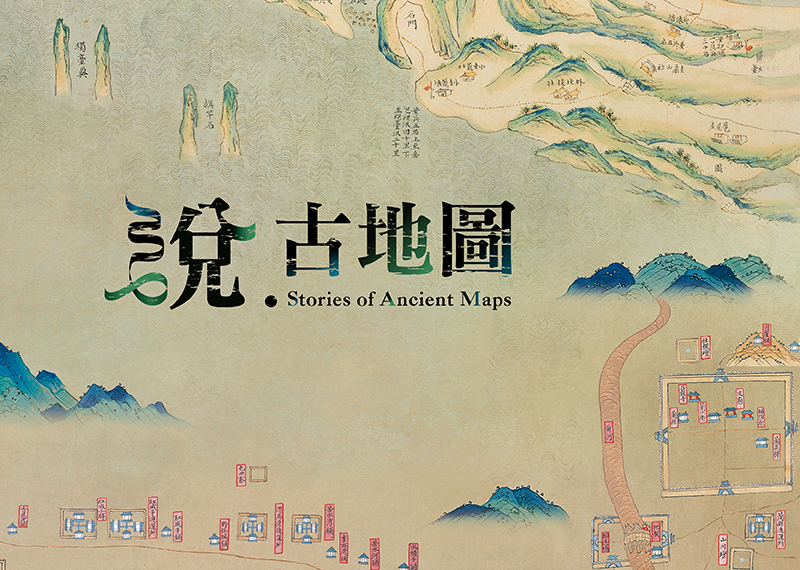 The four maps of Taiwan on display were produced in the years when Taiwan was under the rule of Ming loyalist Koxinga (鄭成功) and when the island was under the reign of Qing Emperors Kangxi and Qianlong. The maps detail the developments in Taiwan from the perspective of Han Chinese settlers.

One of the maps, "Sketch Map of Taiwan Prefecture" from 1666, only covers a few areas of what is modern-day Tainan, including the Luermen Channel, Chikan Tower and Chengtian Prefecture. On the other hand, maps from the Qing period depict the natural and cultural landscapes of western Taiwan from north to south, in addition to indigenous peoples and their customs, indicating a more conclusive understanding of Taiwan’s society, culture and geography.

"Map of the Relays from Nanjing to Gansu" traces a land route from the Ming capital of Nanjing all the way to modern-day Dunhuang, and "Map of the Passes and Relays of the Four Routes in Sichuan Province" shows an extensive regional network of passes and relays from Chengdu that extends to the north and south.

The NPM pointed out that as the maps of several meters long are on full display at this special exhibition, visitors can appreciate the vibrant details.