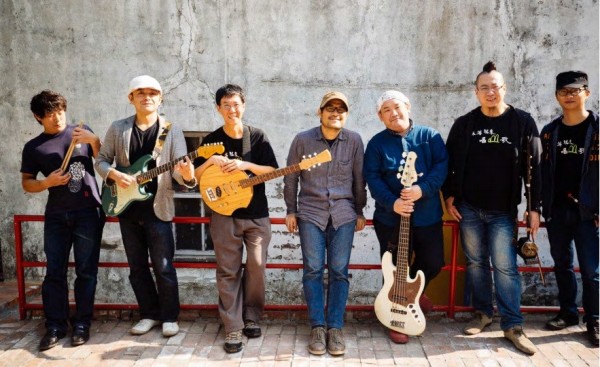 Sheng Xiang & Band is an indie folk band that delves into social issues with their music. Singing in the Hakka language, the band's lyrics are concerned with the land and people of Taiwan, tackling topics such as pollution caused by the petrochemical industry. Their award-winning album "Village Besieged” has been recognized by the Golden Indie Music Awards for best album and best folk single, as well as by the 28th Golden Melody Awards with the Jury Award.

As a Hakka singer-songwriter, Lin started working with Zhong since 1999 when the band was still called the Labor Exchange Band (交工樂隊). They first collaborated in making the song "Night Bus (夜行巴士),” which is about the protests against the construction of the Meinong Reservoir in Kaohsiung.

Since then, the band has gradually developed into one that makes social issues, such as the struggles of farmers and ordinary people, the main theme in their songs. Through incorporating traditional Hakka music with modern rock, the band also established their music style as new Hakka folk rock.

The anti-reservoir campaign in Meinong led to the band's first album "Let Us Sing Mountain Songs (我等就來唱山歌).” Covering nine songs in the Hakka language, the album documented the 2000 social movement and uses music as a powerful conversation starter for social issues.

The band later released four albums that explore the situation and problems faced by youths and women in the Hakka community. Based on real stories that many audiences can relate to, their music brings out not only collective memories but also social issues that need to be addressed.

The band believes that music has the power to touch people's hearts and bolster spiritual strength. Thus, by raising awareness of contemporary issues with music, the band hopes to make some changes in society and document the social movements of Taiwan.