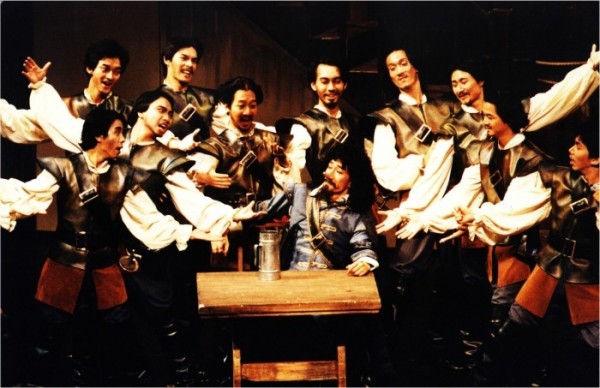 As the first theater in Taiwan that created and commissioned Chinese-language musicals, the Godot Theatre Company has played a leading role in the development of Taiwan's theater, having presented more than 60 plays and musicals since its establishment.

In 1988, the Godot Theatre began its journey with its debut production, "The Zoo Story (動物園的故事),” an adaptation of the same-titled play by American playwright Edward Albee. The group then produced one of its most-celebrated plays — "Our Town (淡水小鎮)” — in 1989. Adapted from the same-titled play by novelist Thornton Wilder, the Taiwanese version was a huge success that spawned five editions.

Following the success of "Cyrano de Bergerac,” the group produced its second musical, "Kiss Me, Nana (吻我吧娜娜),” an adaptation of Shakespeare's "The Taming of the Shrew.” The rock musical accompanied by a live band has received wide acclaim, and changed the public's perception of musicals.

The group's production of Latin musical "Angel: The City that Never Sleeps (天使 - 不夜城)” in 1998 again opened to positive reviews. The musical was selected as the top performance and best production of the year by China Times.

Since its establishment, the Godot Theatre had surmounted numerous difficulties with Liang's strong determination in making theater prosperous in Taiwan.

From stage plays to musicals, the Godot Theatre reflects contemporary ideas from society through its adaptations of western classics and original works. It has introduced various stories to the Taiwanese public, and provoked their thoughts about life.